Japanese meals
made from premium ingredients 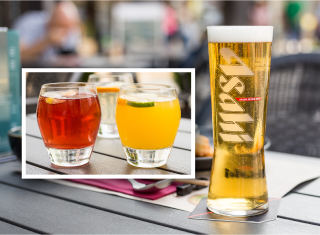 We are prepared to serve You according to the neccessary precautionary measures, keeping You and our staff safe and healthy.
Opening hours are every day between 12PM and 9PM. If you prefer that option, You may order our dishes for take away as well.

We are looking forward to seeing You all again! Keep checking our page for further new announcements!

The Japanese live their lives according to the concept called ikigai. It would be difficult to translate it in one word, the easiest way to understand it might be „the reason we get up in the morning”. It is easy to define the ikigai of Nebuta. We get up every morning to serve You the best dishes made from carefully selected, great quality ingredients that we perfected in Kobuta restaurant back in 2019.

The aim of ikigai is to find what we are good at, what makes us happy and what contributes to our larger community. In the Northern parts of Japan, the ikigai of a lot of people is the creation of a nebuta. This colorful floating lantern made with detailed work might be in the works for even a year, that they present to the public during Nebuta Festival in the beginning of August. They are paper- wrapped wooden or metal framed floats that usually get a historic or warrior scene painted on them.

Not only do we aim for perfection with our meals but with our operation as well. Nebuta is the first restaurant to utilize the semi a la carte system in Hungary. This means that the ordering and paying takes place at the counter right after arrival, then our staff serves the dishes to the appointed tables. This way You can get a quality lunch or dinner from us quickly and comfortably.

Come and taste our ramen, katsu or gyoza that were refined with meticulous work!

When opening Nebuta, our goal was to acquire the Japanese trait of aiming for perfection and to present Japanese dishes that go beyond sushi – as Japanese gastronomy is so much more than just that.
In the beginning of the XIX. century when Japan opened its borders and ever since then, when they take a dish from another country, they perfect it immensely and shape it to their own taste. That is exactly what happened to the katsu that they deemed too dry and not crunchy enough in its original form, the curry noodles that was too intense and spicy for them, or the gyoza that they make smaller with a thinner skin and a finer textured filling. It is also not a coincidence that the ramen style that took over the world was the Japanese one.

More interesting facts about our dishes